Is it time to dump 'chick-lit'? 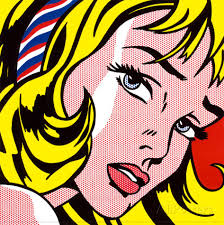 Feels like nearly everybody knows chick-lit is a terrible term.

But here's the thing -- it's catchy. It broadly gets the idea across. It fits on the description tag on a real or virtual bookstore shelf.

And what are the alternatives out there? Women's commercial fiction? No better, just wordier. Rom-com? The book aren't necessarily primarily funny. Romance? Still not wide enough, and has its own identity issues.

But in another creative field there's a genre...


It's a genre where the subject matter is dominated by the themes of relationships. Love starting, love breaking down, making relationships work. But there's a lot more to it than that. It can cover other subjects too, from internal struggles and working out who you are, to global politics, to just having fun.

It can be funny. It can be heartbreaking. But whatever the subject matter it's generally handled with a lightness of touch that cuts through the seriousness and emotion of the material.

Some of its creators can take themselves a bit too seriously, considering what they're doing...

It's a genre that often doesn't mean much, but there are times when it means everything. 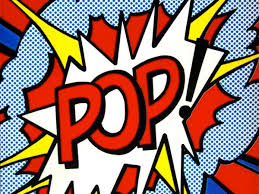 But hey, you're bright people. You'll have picked up several paragraphs ago where I was going with this: that description pretty much all applies to what gets called chick-lit too.

Yes, pop still has some negative connotations. But let's face it, people who don't like at least some kind of pop are joyless bastards. Who needs 'em?

Chick-lit today has its own Taylor Swifts and Madonnas, Pharrells and Girls Aloud. God help us, it probably has its Ed Sheerans too.  And I suggest that we embrace that. We can be pop stars too.

If we all do it, it can become an actual thing.

And if someone says, 'what's Pop Fiction?' You tell them it's commercial writing about the glories of everyday life and the dreams of ordinary people. And if they say 'oh, like chick-lit?' you give them the same look you give people who use terms for race or sexuality that were once considered polite, but are now recognised as unacceptable because of the controlling and superior attitudes that spawned them.

We don't use that word anymore...

So whaddaya think? Who's in?

Neal...
Author of Dan Taylor Is Giving Up On Women, and Not What They Were Expecting. And the new comedy drama, Other Plans -- out now! 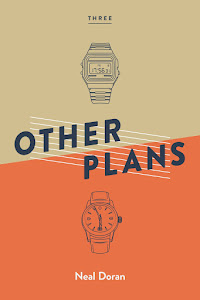 Dan Taylor Is Giving Up On Women